Nothing Left at Forest Park and Vandeventer

Demolition of the Welle-Boettler - American Bakery Company building at Forest Park and Vandeventer which started over a month ago was complete as of last week. At first the demolition went along at a normal pace, but with the large one story section coming down within a few weeks. The three story section on the corner then sat for several weeks with the top floor lopped off before the rest disappeared. Now that the building is gone, the vastness of the 1.6 acre site with 400 feet of frontage along Forest Park is more apparent. 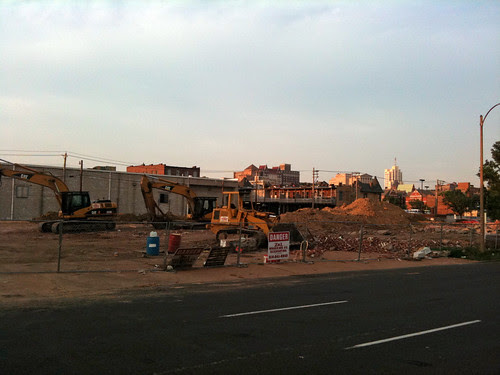 Strange new views have now opened up across the emptiness of the site. 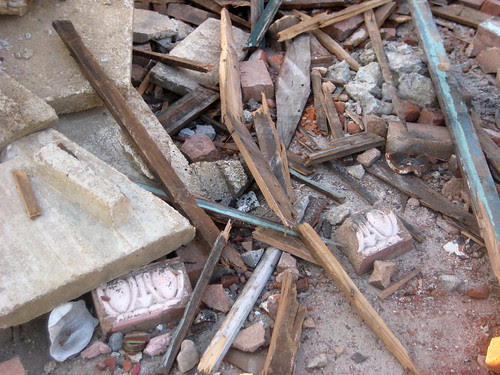 As I looked at the rubble I was shocked to see the decorative egg and dart brick that once created a band around the street facades of both the one and three story sections were laying around in the piles as if they were trash. The common brick were all neatly pallated up and taken away. 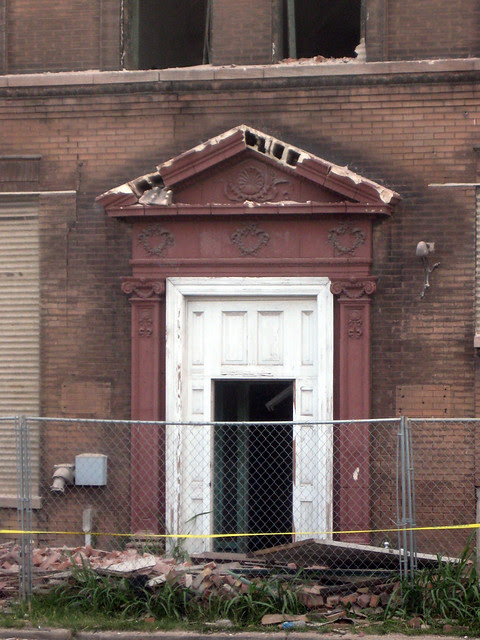 Most shocking though during the demolition was seeing the decorative terra cotta entrance on Vandeventer get battered to pieces. It was obvious no attempt at salvage of the building's only terra cotta was made. 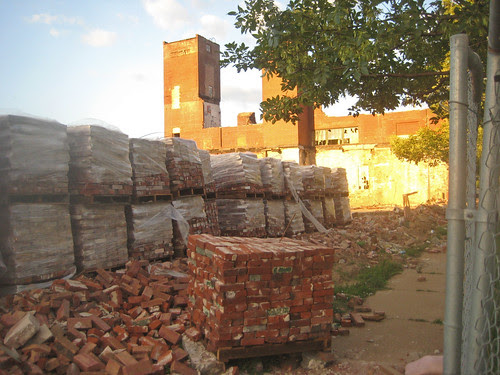 The bones of our City neatly piled up to be hauled far away. 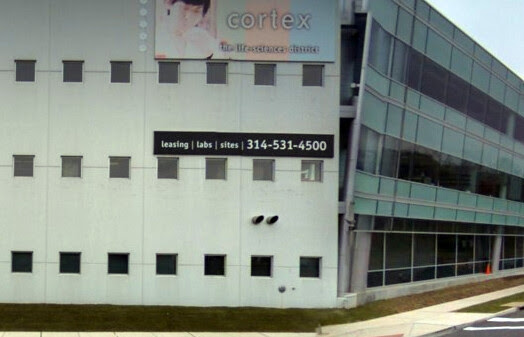 Someday maybe Cortex might add the word "buildings" to this sign.
Posted by Vanishing STL at 6:50 AM

Makes you damn sick! It also leaves a very bad taste in my mouth about Cortex!!

At the last CWE association meeting I raised questions about CORTEX's intentions to Alderman Roddy.
I got a somewhat standard reply that this building was in such a state that CORTEX could not save it ( ) but he went on to say that in his opinion CORTEX is very cognizant of historical architecture and will try to incoorporate as much as possible into their future plans

I wish there was a city wide ban placed on demolition in a certain-radius vicinity of an empty lot.