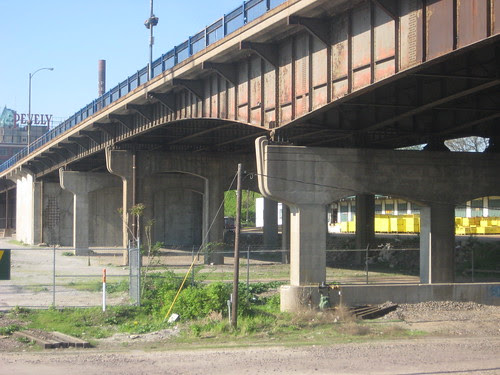 There won't be much to miss about the old Grand Avenue Viaduct that closed Monday morning for demolition. Rusted superstructure, spalling concrete exposing the re-bar on the supports and crumbling narrow sidewalks with holes covered by steel plates don't add up to cause for reminiscing about the old bridge. 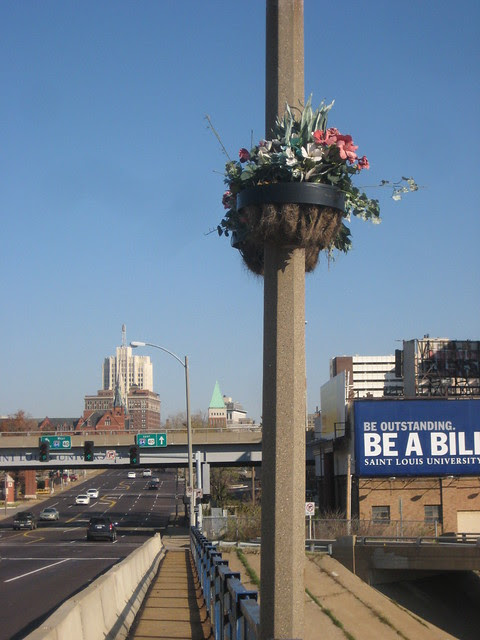 The old narrow sidewalks and Jersey barriers will not be missed. 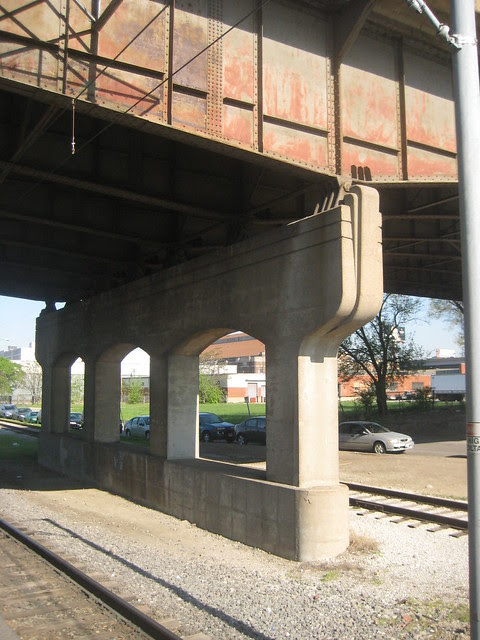 A close look from the Metrolink platform (now termporarily closed as well) though reveals a few details left over from an age when bridge building was an art form, not just an engineering exercise. Construction on the current viaduct began in 1960, but while that year was well into the Modern era, some of the design elements of the structure recall an age 20+ years prior to its construction. 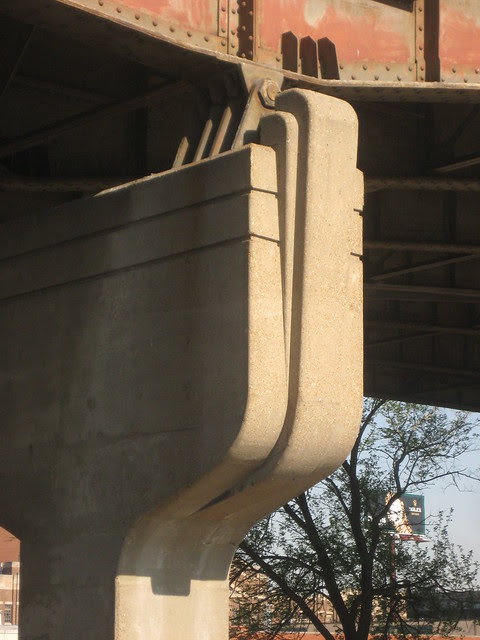 The formed finials and double reveals evoke a more streamlined approach which was featured in bridges of the original Highway 40 (now demolished), constructed in the late 1930's through the first half of the 1940's. 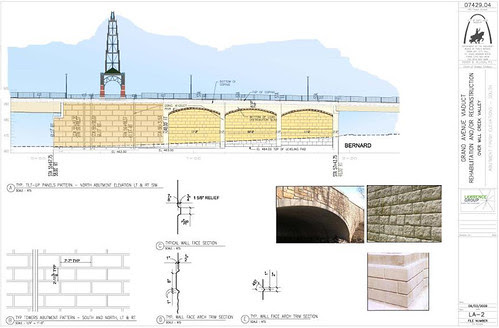 Drawings of the new Grand Avenue Viaduct show that much of the new structure will not be a bridge at all, but will be built on earth fill between retaining walls. This is apparently less expensive method of construction. Ironically, details of the new structure attempt to look back to the original suspension structure that was completed in 1889. While I'm looking forward to the wide sidewalks above, it will be interesting to see how the new structure below turns out as well.
Posted by Vanishing STL at 10:31 PM

Please tell me they're going to build this bridge to last longer than the fifty years the first two each lasted (I have a feeling the original bridge could and should have been preserved). Too many St. Louisans will now have seen three bridges at this location in their lifetimes!